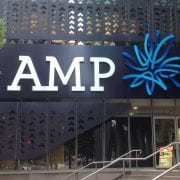 Newly-launched improvements to AMP’s life insurance offering are aiming to give advisers and customers greater flexibility and choice.
To ensure customers’ cover stays contemporary, AMP director of insurance proposition Greg Johnson said options can be added to existing AMP Elevate insurance plans, giving advisers the ability to alter a cover without the need to take out a new plan.
One of the new features includes linking members’ standard income protection plans in super to plans held outside superannuation.
This enables having an agreed value income insurance while most of the premium can be paid from the member’s super account.
In another improvement a new inbuilt ‘buy back’ feature allows customers to reinstate linked life insurance cover 12 Months a total permanent disability and death (TPD) claim without providing additional medical information.
Customers can also apply for TPD sum insured higher than their life insurance sum insured through their super.
This is especially important for people without dependents who may value higher TPD coverage over the need to leave a legacy behind, Johnson added.

The value of self-managed super fund (SMSF) investment in residential real estate has jumped 60% in the last four years, according to figures from the Australian Securities and Investments Commission (ASIC).

In its submission to the Parliamentary Inquiry into Home Ownership, the primary financial markets regulator revealed that as of March 2015, the value of residential real property investments through SMSFs was $21.78 billion, or 3.7% of total Australian and overseas assets.

Albeit from a relatively low base, there has been an increase in the value of investment in residential real property through SMSFs of 11.78% in the 12 months to March 2015, and an increase of 58.69% since March 2011.

While it is feared that SMSFs ability to borrow money to buy residential property via limited recourse borrowing arrangements (LRBAs) is helping to fuel the housing bubble, SMSF Association technical and professional standards director Graeme Colley said it is misleading to use these figures to conclude that SMSF investment in residential property is rapidly expanding.

“I’d be interested to see the whether there’s been much of an increase in the actual numbers of properties that have been bought. The rise in market value of residential property is likely to account for most of the increase,” Mr Colley said.

Colley also accused ASIC of stepping outside of its remit in drawing attention to the numbers.

“ASIC’s responsibility is to look at the provision of advice for SMSFs rather than these sorts of figures. I’m surprised to see them commenting”

The Financial System Inquiry (FSI) has recommended banning LRBAs, a move which was drawn criticism from industry quarters.

The Association of Financial Advisers dubbed a potential ban “draconian” at the SMSF Association Annual Conference back in February.

At the same conference, AMP SMSF head of policy Peter Burgess said: “So few funds use LRBAs, the effect is immaterial. Any problems should be addressed with legislation, and the effects measured before we scrap them off hand.”