The government announced a $500,000 lifetime cap will be applied to after-tax concessions on superannuation as part of the wider agenda to slow retirement savings being purely wealth accumulation for higher income Australians. The measure will include contributions backdated to 2007.

Shorten called out this retrospective view, yet also used his budget reply to accuse the government of pinching Labors superannuation ideas.

“Labor will gladly support our own clear and costed policy to close the unsustainably generous superannuation loopholes at the very top end. We welcome the fact that, three years after they voted to abolish Labor’s low-income superannuation contribution the Liberals have decided to keep it and simply rename it,” Shorten said.

He added the government was dangerously undermining super by claiming 4% of Australians in the super system will be affected by a budget change. He also took a shot at the government’s proposal to remove regulations that restrict people between 65 and 75 from making contributions to their superannuation.

“Labor will never apologise for standing up for Australians who go to work every day and want to come home safe, who rely on penalty rates to make ends meet, who do not want to be forced to work until they are 70,” Shorten said.

Shorten further announced a range of measures that would see $71 billion of “additional budget improvements over the decade.”

Labor still proposes a 25% tax cut for small businesses with a turnover of less than $2 million a year and delivering 50% renewable energy by 2030. It also backs its plans to “turbocharge” Infrastructure Australia with a new $10 billion funding facility, ” a concrete bank to get investment from the private sector, particularly big super funds, flowing into projects.” Labor says their infrastructure projects would add 26,000 jobs.

Labor is not supportive of budget measures that give the richest 3% of Australians another tax cut and reducing the marginal tax rate for individuals who earn more than $180,000 a year.

Nearly 10% of Australia’s labour force is self-employed and compulsory superannuation should include at least some of them, the Association of Superannuation Funds of Australia (ASFA) said.

“Only a relatively small number of the self-employed have business assets sufficient to support a comfortable standard of living in retirement,” AFSA’s submission to the government’s tax white paper argued.

Chief executive Pauline Vamos warned that “we cannot ignore the large proportion of self-employed Australians who are putting off planning and saving for their retirement.”

“While many self-employed workers believe their business will serve as their superannuation, this is not always the case” she said.

“Many of the self-employed do not have significant business or financial assets, and they may face problems retaining the standard of living they are accustomed to when they reach retirement age.”

Vamos said that of particular concern are self-employed workers “being forced to move to a contractor, rather than part-time worker model.”

The submission added that any changes to the superannuation system “need to be considered as part of a holistic review of the system and the Tax White Paper process provides such an opportunity.”

— via the FINANCIAL STANDARD, Aug 12 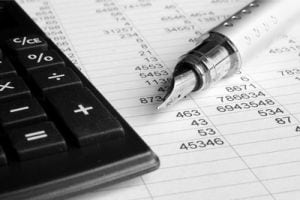 The bill to remove punitive tax rates on access non-concessional contributions made to superannuation funds has passed through the Senate.

Asst. Treasurer Josh Frydenberg has said the Tax and Superannuation Laws Amended (2014 Measures No.7) Bill will make the ” taxation of excess after tax superannuation contributions fairer.”

Investment earnings associated with a fund members excess non-concessional contribution will be included in their assessable income and taxed at their marginal tax rate.

The investment earnings are calculated through a proxy earnings rate by applying the ATO’s General Interest Charge rate to the access non-concessional contribution.  At 15% tax offset is then passed on to the superannuation fund member as compensation for tax paid on the investment earnings.

SMSF Assoc. Chief executive and managing director Andrea Slattery was among the first to welcome the result, describing it as an important victory for SMSF members.

Slattery said the Senate vote ends a “draconian” system that “severely punished” trustees for infractions that were rarely intentional.